In 1978, Juan Antonio Samaranch, President of the International Olympic Committee, initiated the IOC President’s Award. The award, which is valued at US$10,000, is intended for individuals or groups who have made a significant scholarly contribution to the field of physical education and sport pedagogy. Award recipients are selected by the AIESEP Board of Directors. To receive this prestigious award, recipients must (i) have successfully completed doctoral studies, (ii) have been research active for at least the previous 15 years, (iii) have produced a significant piece of work that has had a major impact on the field of physical education and sport pedagogy and (iv) be a recognised leader in the field. 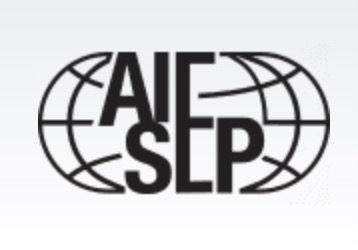 When you visit any web site, it may store or retrieve information on your browser, mostly in the form of cookies. Control your personal Cookie Services here.

Necessary Analytics Marketing Privacy Center Privacy Policy Cookie Policy
These cookies are necessary for the website to function and cannot be switched off in our systems.
Technical Cookies
In order to use this website we use the following technically required cookies
Cloudflare
For perfomance reasons we use Cloudflare as a CDN network. This saves a cookie "__cfduid" to apply security settings on a per-client basis. This cookie is strictly necessary for Cloudflare's security features and cannot be turned off.
WooCommerce
We use WooCommerce as a shopping system. For cart and order processing 2 cookies will be stored. This cookies are strictly necessary and can not be turned off.
These cookies allow us to count visits and traffic sources, so we can measure and improve the performance of our site.
Google Analytics
We track anonymized user information to improve our website.
These cookies are set through our site by our advertising partners.
Google Adwords
We use Adwords to track our Conversions through Google Clicks.
Google Tag Manager
We use Google Tag Manager to monitor our traffic and to help us AB test new features.
Facebook Pixel
We use Facebook to track connections to social media channels.
Decline all Services
Accept all Services